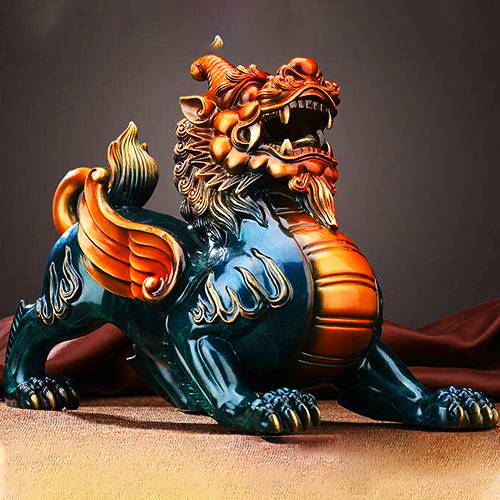 The odd creature you see in the ring - Piyao

In Chinese mythology, PIYAO also named as Pixiu, it embodied with a dragon head, horse body and qilin’s feet, similar to a lion. Beside that, it has beard under its chin and wings at both sides with flying abilities.

It is believed that it has the capability to draw wealth from all directions attracting wealth luck and good fortune to home and businesses. 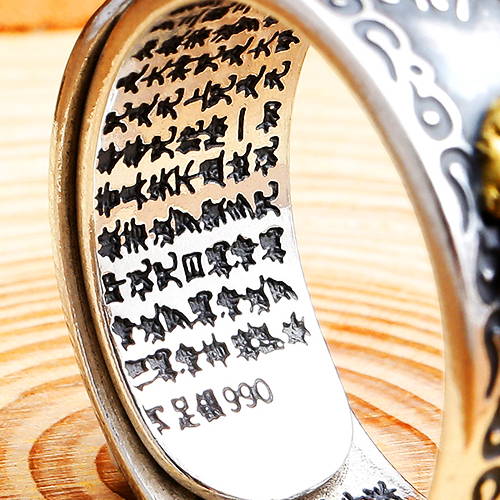 Along with the many ancient symbols inscribed onto the inside of this ring, it also has the Six Syllable mantra Om Mani Padme Hum.

Ma Ni means the jewel, symbolizes factors of the method, compassion, and love, the altruistic intention to become enlightened.

Hum means inseparability, symbolizing purity and can be achieved by the unity of method and wisdom 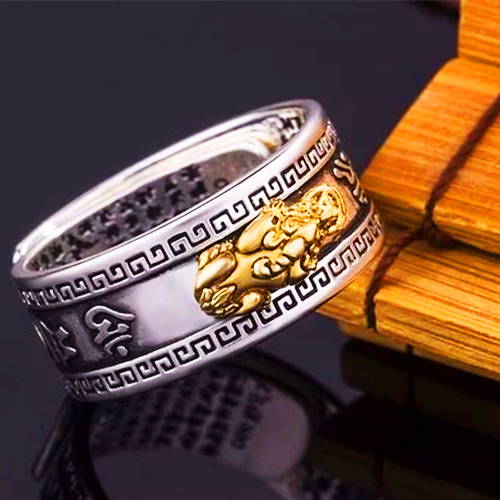 As more time passes, the mantra ring accrue more and more power and strength. Unfortunately, in the modern world, the attitude towards this type of power has been lost and only recently has it regained mainstream attention.
The mantra ring haven’t lost their strength significance and to make them work, you only need to believe that it can work for you, have faith on it, then it will assist you.

If even ONE of the above fits you, you need to click the button below!
>> Yes! I want My Mantra Ring

What is the Feng Shui Ring made of?

The Feng Shui Piyao Mantra Ring is made of Thai Silver. It is hypoallergenic which makes it suitable for anyone without the fear of allergic reaction.

What makes this Feng Shui Ring different from the rest?

This ring is designed by an actual Female Monk, Ajahn Sueta. The components of this ring are carefully selected by her and it is optimized to give you the best Feng Shui.

Would the ring fit my finger?

The  Feng Shui Piyao Mantra Ring is made to be adjustable so that it fits great on any finger.

Why the ring has Swastika symbols?

Piyao Rings features an animal of benevolent. Inside of it is engraved with scriptures of Paramita, Swastika of Buddhism, and auspicious patterns.

The symbol swastika has been widely used in Buddhism practices, also in Hinduism and Jainism since 500 BCE or 7000 years ago which was clearly presented and explained in our website. The word "svástika" comes from Sanskrit, which means good luck, prosperity and well being. Unfortunately, the misrepresentation happened in 1930s when it became a feature of Nazi symbolism as an emblem of the Aryan race. As a result of World War II, many people in the West still associate it with Nazism and antisemitism..

In a matter of years, the swastika symbol had been corrupted and the symbolism it held to myriad cultures across many millennia reversed. A cross with arms bent at right angles meant many things to many people, but the only fact remains that it is an ancient wisdom symbol for thousands of years and is still being used as a sign of hope and positivity up until this time by those fortunate ones who knew its real meaning.

This symbol is an ancient, adorned and a sacred symbol of the Hindu tradition, long before its misappropriation. We hope that this explanation clarifies the true meaning of the swastika symbol in our piyao ring based on its history. We wish you all the best in life and we can assure you that our piyao ring only intends to bring you prosperity, luck and good health, not hate nor harm. May you stay healthy and blessed!

**Helpful hint: The More Feng Shui Rings You Wear, The Greater The Chance Of Positive Change In Your Life.

Should I wear it on my left hand or right hand?

Wear it on your middle finger of dominant hand, the hand that you use to write to activate its money-drawing powers.

What if someone else touches it?

Rinse the ring with clean water and touch it frequently.

What is the measurement of the Feng Shui ring?

With our Buy More Save More program, it is a good idea to buy more rings to enjoy the extra savings. What's even better is that when you buy the ring for others, you accumulate good karma that could result in better Feng Shui in your life.
>> Yes! I want My Mantra Ring 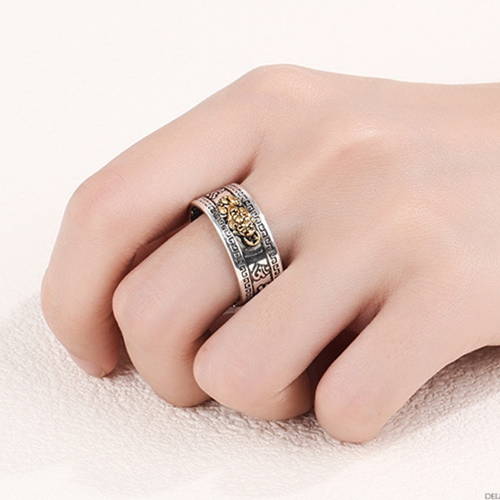 The mantra ring maybe doesn’t immediately start working, sometimes taking 2-3 weeks, up to several months, before you will start taking in new wealth.

This is your own mantra ring so do not give it to strangers. Let it bring you success and prosperity. Good luck!

Consider Buying 2+2 for yourself and partner with your father, mother, brother, sister or best friend.