blessed and protected by

the crow and wolf of the midgard 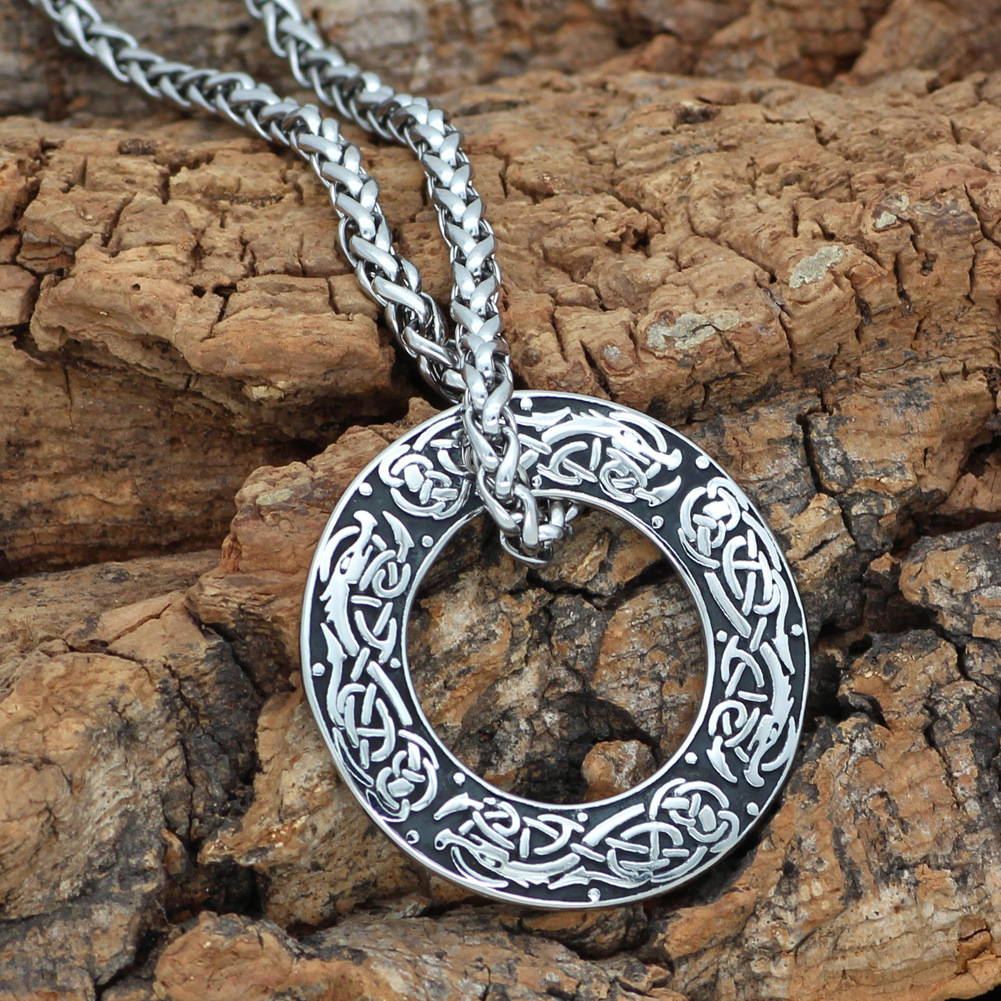 Each Viking Wolf Crow Pendant was handcrafted, blessed with holy water, and undergo prayer in order to prevent negative energy from entering.

The pendant is engraved with a wolf crow symbol. The wolf represents bravery, loyalty, protection, and wisdom, whereas a crow is a sign of temporary setbacks that lead to long-term success and future positive changes. The symbol is based on the Norse mythology where Odin the allfather was always sided by his two crows and wolves in the human world to assist him.

The Viking Wolf Crow Pendant brings luck and neutralizes bad energyor curses. It gives confidence in the owner's abilities and gives of them a great support in their life. 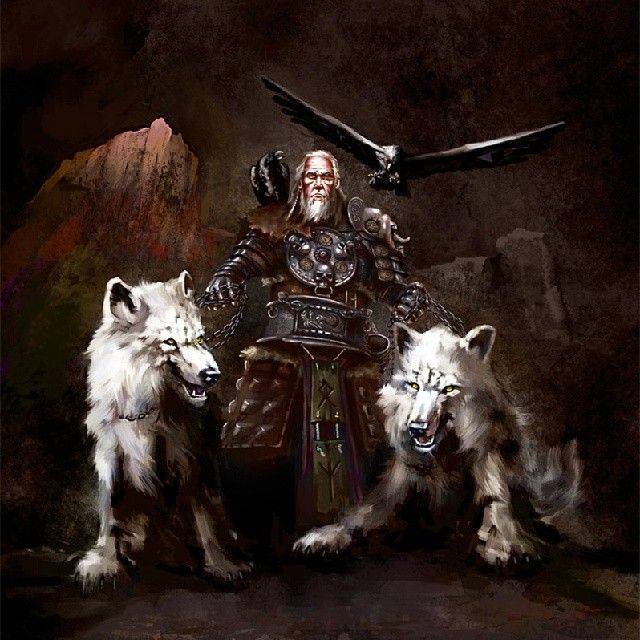 The crow and wolf in norse mythology

In Norse Mythology, there are 2 Ravens and Wolves accompanied Odin the allfather, named "Hugin" and "Munin", "Geri" and "Freki" respectively.

Based on the myth, Odin in human form was imperfect by himself, but hisweaknesses were compensatedby his ravens and wolves who were part of him. Ravens will fly over the Midgard to provide Odin with information while wolves to protect him.

The ravens were the eyes, mind, and memory, and the wolves the providers of meat and nourishment. Combining these concept onto the pendant, it allows the wearer to stay sharp and positive minded, at the same time thelife is well supplied with wealth and necessity. 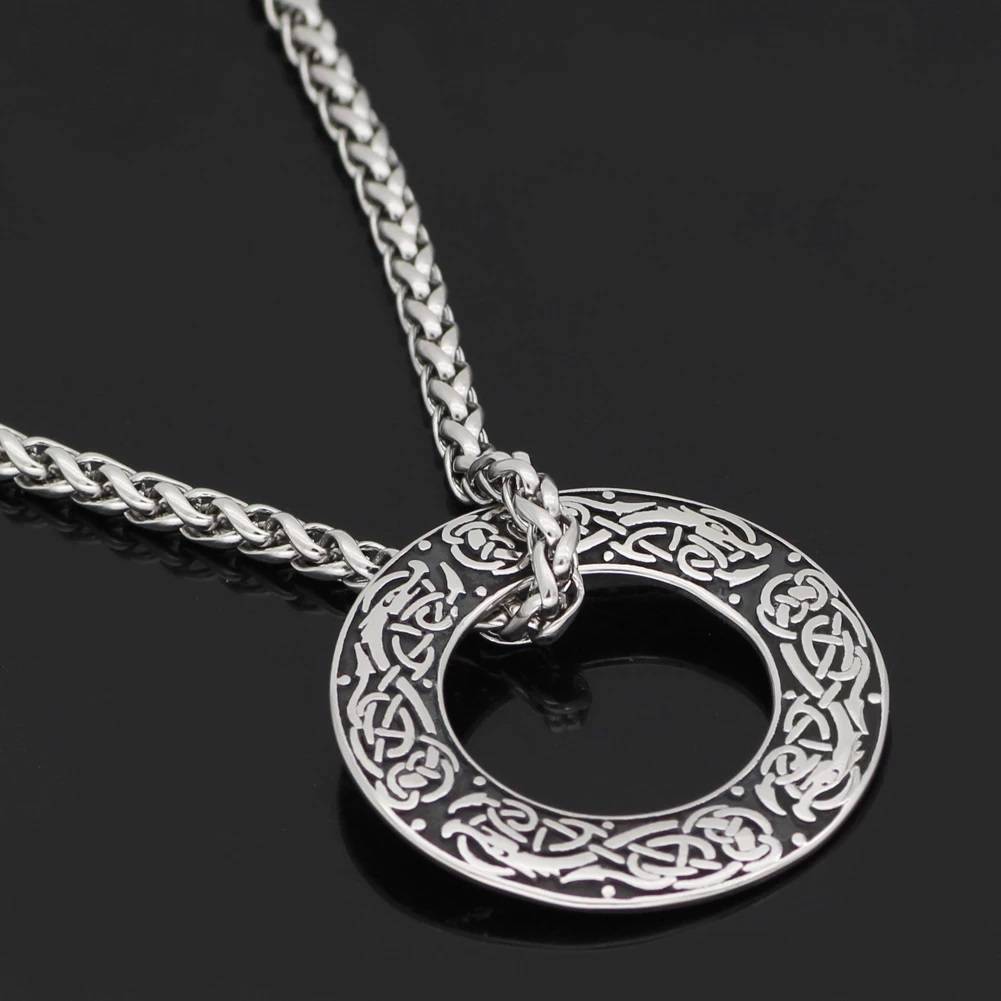 As more time passes, the amulet will accrue more and more power and strength. Unfortunately, in the modern world, the attitude towards this type of power has been lost and only recently has it regained mainstream attention.
The amulet haven’t lost their strength significance and, to make them work, you only need to believe that it can work for you, have faith on it, then it will assist you.

If even ONE of the above fits you, you need to click the button below!
>> Yes! I want Viking Wolf Crow Pendant

What is the necklace made of?

The Viking Wolf Crow Pendant is made of titanium steel that is engraved with a symbol of Midgard's wolf crow. It comes with a necklace chain and the chain material is 316L steel.

The necklace had gone through a blessing from holy water and undergo prayer in order to prevent negative energy from entering. All you have to do is wear it and witness the changes.

What is the measurement of the whole necklace?

With our Buy More Save More program, it is a good idea to buy more to enjoy the extra savings. What's even better is that when you buy the necklace for others, you are actually helping them to move forward the right path with you.
>> Yes! I want Viking Wolf Crow Pendant 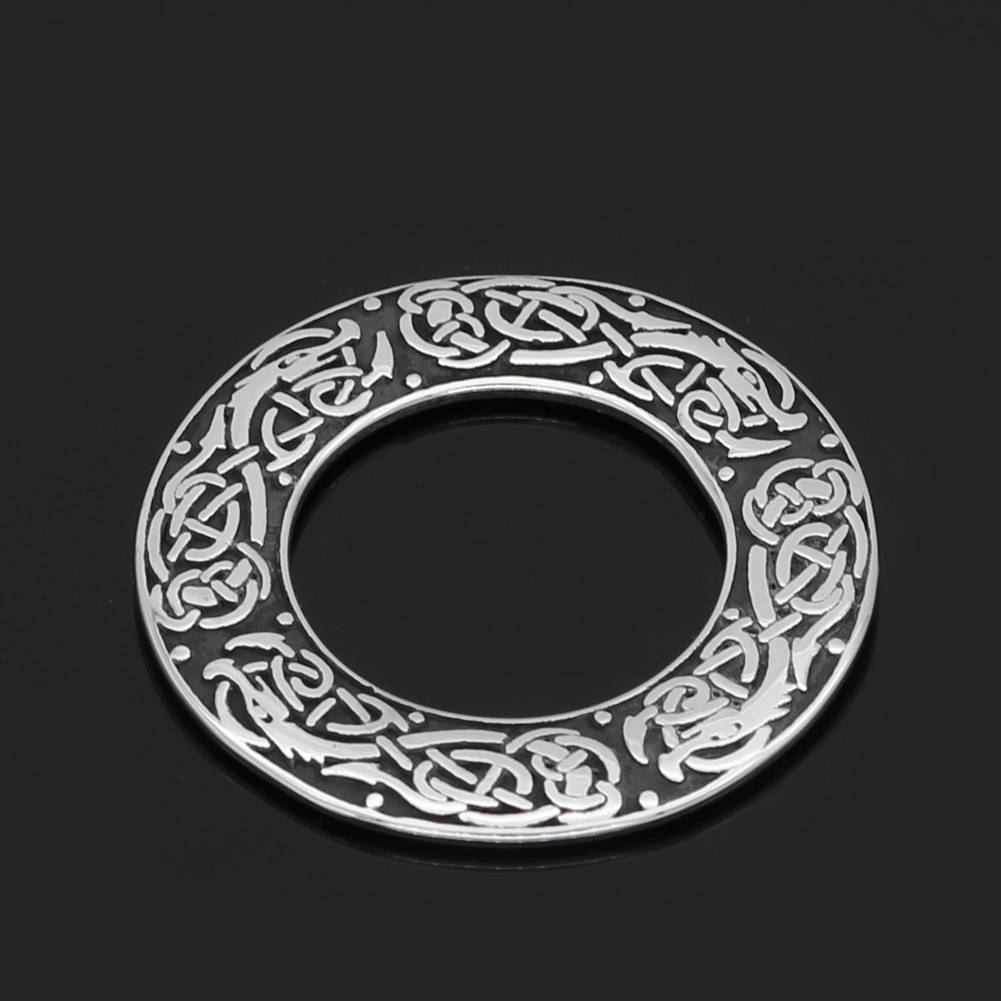 This is your own necklace so do not give it to strangers. You have nothing to lose, except all of your bad energy, back luck and misfortunes. Let it bring you success and prosperity. Good luck!

Consider Buying 2+1 for yourself and pair it with your father, mother, brother, sister or best friend.